The Godfather part I, originally a novel by Mario Puzo, is a historic film. From the character development to the revolutionary cinematography, the entire film is a masterpiece. Before movie’s release, Italians were only depicted either as unflinchingly murderous mobsters or simple-minded people with thick accents in film. 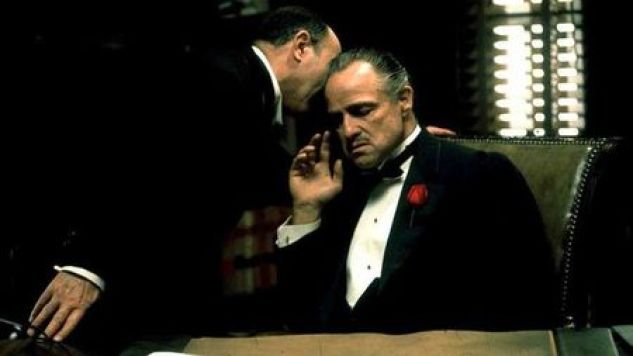 While The Godfather certainly depicts these stereotypes with the gangstersin pressed suits, pinky rings, and the brutal murders, director Francis Ford Coppola displays the vulnerable side of characters such as Michael Corleone, the youngest brother who was a college graduate and decorated war hero. For the first time in a film about the mob, Italian mobsters also were illustrated as Americans, further demonstrating that not all Italian-Americans’ worlds revolved around spaghetti with meatballs and slicked back hair.

Instead, the gangsters were given a human face.

This monumental film demonstrates what life was like for first- and second-generation immigrants for Italians coming to the states. Despite The Godfather recycling stereotypes that were offensive to Italian Americans, the movie’s underlying theme is family, love, loyalty which makes Italian Americans proud of The Godfather. 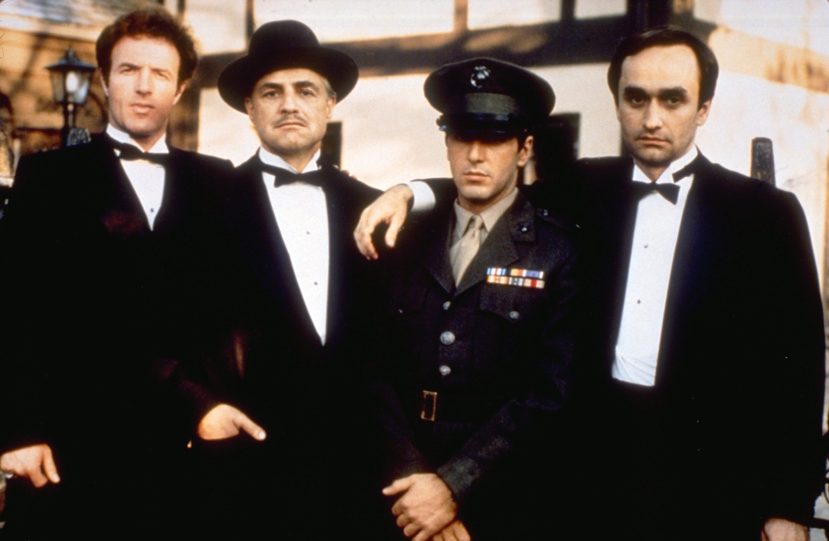 The Godfather’s protagonist is Michael Corleone (Al Pacino). A decorated war veteran with honor and principles, he slowly finds himself descending into the mob limelight after his father, Don Corleone (Marlon Brando), is severely injured in an attempted murder. His older brother, Sonny, was next in line to be head of the family but was murdered in a set up by his brother-in-law. Michael’s decisions at head of the family are overseen by his feeble, elderly father who later passes in the film from a heart attack.

Mark Galeotti, a lecturer and writer on transnational crime and professor at the UCL School of Slavonic and East European Studies suggests that organized crime’s structure allows for a smooth transition of power because of the hierarchy system in place within these organizations:

Organized crime is a continuing enterprise, apart from traditional and legal social structures, within which a number of persons work together under their own hierarchy to gain power and profit for their private gain, through illegal activities.

­In many cases, like in The Godfather, the hierarchy is structured so that the same family remains head of the organization. ­A scene between Don Corleone and Michael in the garden encapsulates the feeling of family and love in the film.  It shows the transfer of power from father to son. Don Corleone tells Michael

“I never wanted this for you. I wanted you to be Senator Corleone.”

Despite this heartfelt scene taking place while Don Corleone is warning the son about who is going to betray him and taking over the mob, the audience remembers that it is a father expressing his love for his son, and vice versa. However, after Don Corleone’s death, Michael begins to lose his soul and his dark side is fully exposed. In the famous final scene, Michael is becoming the godfather to Connie’s child while also becoming Godfather to the Corleone family. Michael stands in church saying that he “renounces Satan and all his works” while a massacre against the bosses of the other five mob families occurs in the world outside. While Connie’s child was baptized with holy water into the Catholic faith, Michael Corleone was baptized with blood as Godfather of the Corleone family. A Christmas celebration in an Italian-American home during the 1950s

Many Italian-Americans were initially unhappy with their representation in Hollywood films and TV. The Order Sons of Italy in American (OSIA), for example, is the biggest and oldest national organization for men and women of Italian heritage in the United States. It was founded in 1905 has thousands of members. According to one OSIA study, up to 40 percent of movies featuring Italian-American characters, 40 per cent are depicted as being involved in organized crime—and they did not like this.

Yet OISA’s objections to The Godfather seemed to have little impact on Hollywood movie productions. Coppola’s film paved the way for America to fall in love with the Mafia myth. Now there are TV series such as The Sopranos and films like Goodfellas which present gangsters strictly as Italian-American. 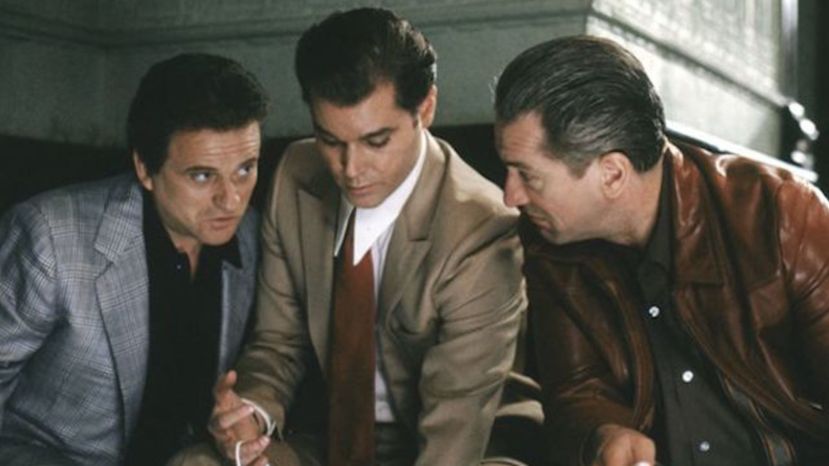 The Godfather led to a steady stream of movies featuring the Italian-American mafia such as Goodfellas pictured here.

Within The Godfather, the three prevalent stereotypes of Italian Americans were good food, strong family ties, and violence. Characters are seen eating Italian food, mainly pasta in scenes such as the wedding and when Michael kills the Chief of Police.

Family plays a major role in The Godfather as the men are part of the family business, while the women are preoccupied with their roles as housewives. Lastly, Italian Americans are stereotyped as violent because of their association with organized crime.

Good food, intelligent, charming, easy to get along with, etc.

This proves that films do have an impact on the perception of an ethnicity even if it is dramatized.

Despite the stereotypes, many Italians have come to embrace the film. This may be from genius of the film or perhaps from the sense of strong family ties represented. The idea of all Italian brutal cut-throats and murderers with thick accents was squashed through the character of Michael Corleone. The values of family, love and loyalty can be seen through the family dinners, the scene in the garden with Michael and Don, as well as the wedding in the first scene.

The Godfather shows mobsters but not just blood-thirsty animals: they were Americans, fathers, husbands, sons.